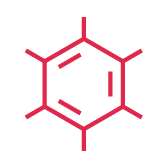 BridgeBio is investigating what could be the first-ever oral disease-modifying treatment for limb girdle muscular dystrophy type 2i (LGMD2i) – BBP-418 (ribitol), which preclinical studies have shown is converted into the phosphorylated substrate that is inefficiently added to the alpha-dystroglycan “shock absorber” protein by the mutated FKRP gene product. Dysfunctional alpha-dystroglycan leads to progressive leg and arm muscle weakness, and in some cases severe respiratory and cardiovascular compromise. Currently, people with LGMD2i have symptomatic and palliative treatment options only, such as walking assists and ventilatory support, but no disease-modifying therapies exist. The Phase 2 trial is currently enrolling patients with a genetically-confirmed diagnosis of LGMD2i. In addition to safety, key efficacy measurements include changes in muscle αDG glycosylation levels, muscle biomarkers including creatine kinase, and changes in functional measures including 10 meter walk and North Star for Dysferlinopathy (NSAD). Initial Phase 2 data indicates the potential for BBP-418 to increase glycosylation of αDG and drive functional improvements for patients, as well as reduce CK, a key marker of muscle breakdown. Furthermore, the 90- and 180-day data show improvements on walk tests from baseline, which the Company believes suggests a potential impact on clinical function and on the rate of disease progression. BBP-418 has received Fast Track Designation and Orphan Drug Designation for the treatment of LGMD2i from the FDA and for LGMD from the European Medicines Agency.